10 MOST EXPENSIVE VODKAS IN THE WORLD.

It’s a remarkable moment when you switch from drinking the kind of vodka that doubles as rubbing alcohol to the top shelf stuff; it’s like a step toward adulthood. That said, there’s another barrier separating the average person drinking Grey Goose and those who drop over $5,000 on a bottle without blinking an eye. Check out the 10 Most Expensive Vodkas in the World,you’ll laugh, you’ll cry. But probably you won’t get drunk. 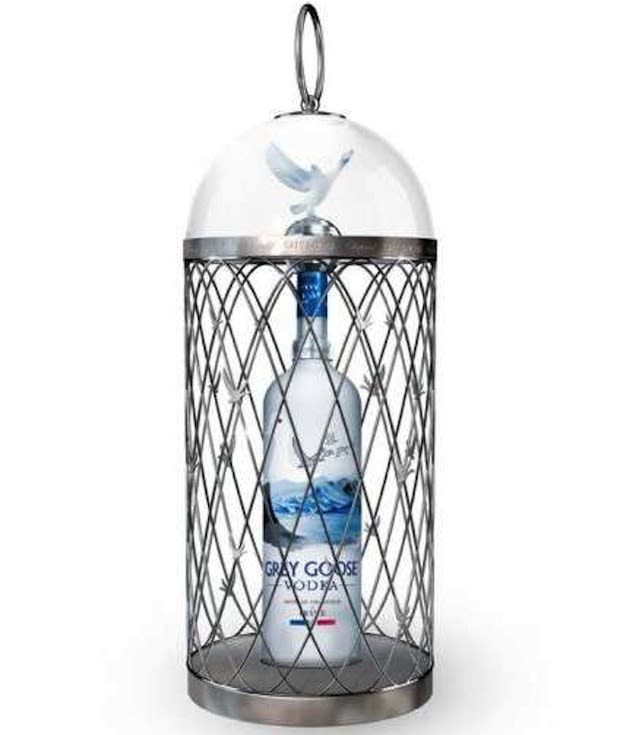 ?
10.Magnum Grey Goose by Chopard Price: $815
Alone, you can probably score a bottle of Grey Goose Magnum for about $160 (not cheap, but not that crazy). However, put that alcohol in a bottle designed by Swiss jeweler Chopard, in addition to the silver cage the bottle comes with, and suddenly the price jumps to $815. However, those caged Grey Goose bottles were given a limited release, so if you want to pay over $800 for vodka in a fancy birdcage, you’re going to have to act quickly. 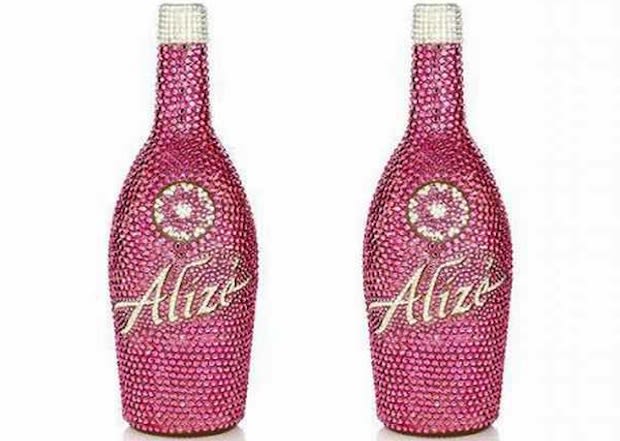 ?
9.Swarovski Alizé Price: $2000
Alizé developed a limited run of Valentine’s Day-themed bottles, claiming to have produced “the original drink of love.” The only problem is, you might run into some relationship issues when your partner finds out you spent $2,000 on a bottle of Alizé. The drink mixes vodka, Cognac, passion fruit, strawberry, lychee, and rose. What could be more romantic than Swarovski crystals on Valentine’s Day? Oh, right, not spending $2,000 on a bottle of Alizé. 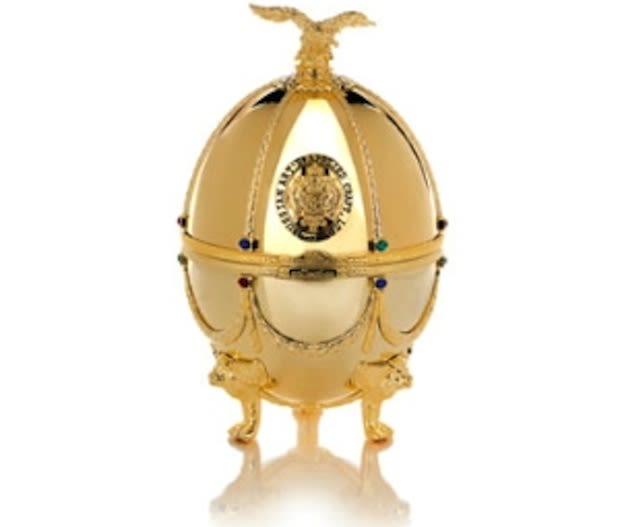 ?
8.Imperial Collection Super Premium Vodka Price: $2,400
Buy It Here: Mel & Rose
The delivery process is what really makes this vodka, as its carafe and cap are gilded and topped with an eagle, which is then placed upon a Fabergé egg (also gilded). It might not be so expensive if the egg wasn’t hand-crafted, which must contribute to the price tag. However, before you make the decision to buy a glorified Fabergé egg, check with your grandma—she might have some Fabergé egg tchotchkes you can have. 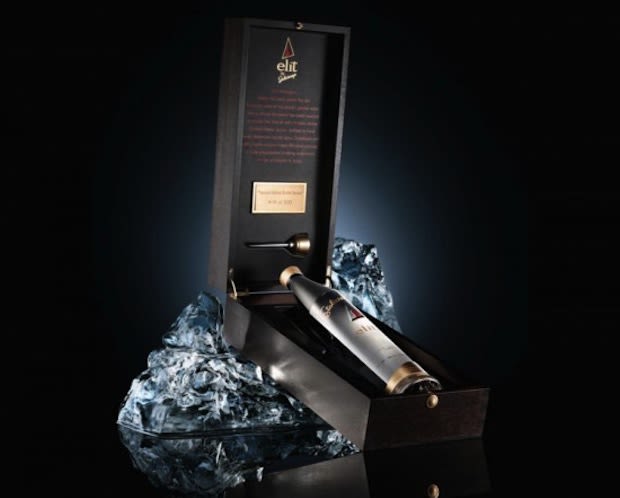 ?
7.Stoli Elit: Himalayan Edition Price: $3,000
Buy It Here: Elit By Stolichnaya
How could anyone justify pricing a bottle of vodka at $3,000? Stolichnaya does, by explianing that it uses pure water from underground reservoirs in the Himalayan Mountains, mixed with Russian winter wheat. But that alone isn’t enough to get to spend $3000, right? Well, the bottle is made of hand-blown glass, and each bottle comes with a gold-plated ice pick (though if you contemplate sticking the ice pick into your head after you realize you just spend $3,000 on a bottle of vodka, that’s entirely understandable). 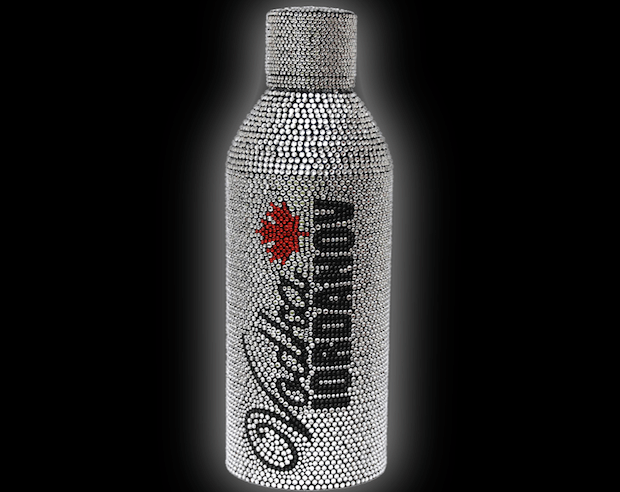 ?
6.Iordanov Vodka Price: $3,905
Buy It Here: Iordanov Vodka
Anything that has 8,300 Swarovski crystals attached to will not come cheap, and Iordanov Vodka is no exception. Coming in at $3,905, the appropriately-named Decadence Edition vodka flaunts high-class quality with the hand-designed, crystal-lined bottles. 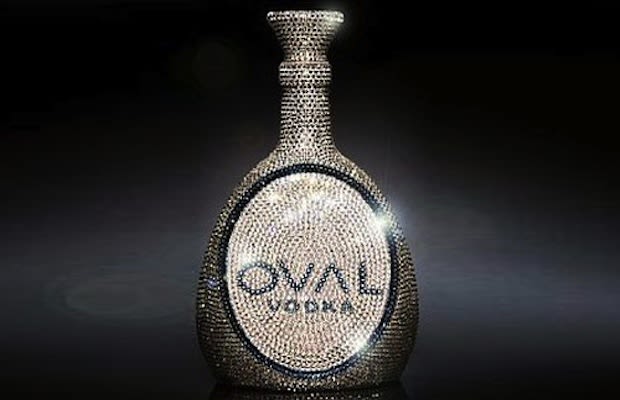 ?
5.Oval Swarovski Crystal Vodka Price: $6922
Released in 2008, this high-end vodka was only available in the coolest nightclubs, and for good reason: your average joe isn’t going to drop almost $7K on spirit. Adding to the grandeur was the manner of display for the opulent bottle of booze, as it sat on a rotating LCD display, allowing for the 7,000 Swarovski crystals to draw your attention. 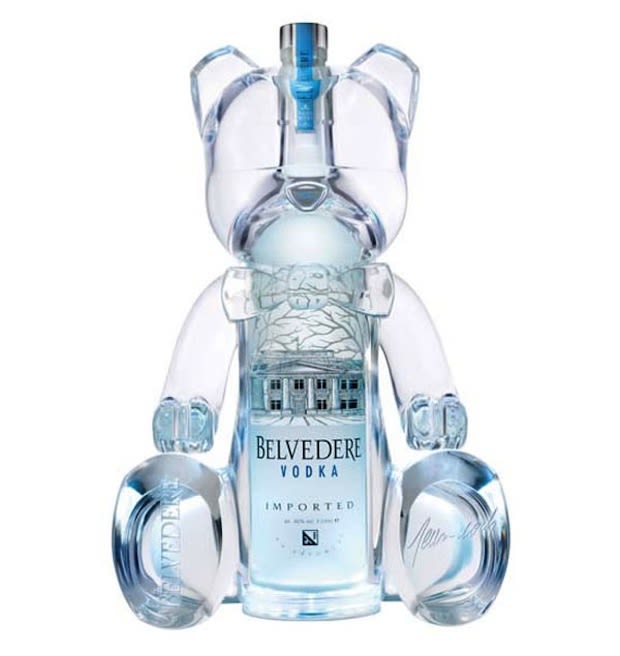 ?
4.Belver Bears Belvedere Vodka Price: $7200
The Belver Bears vodka was released in a limited edition run in the VIP Room in Cannes, St. Tropez, and Paris. Designed using a jeroboam from Belvedere vodka, these teddy bear-inspired bottles were designed by Jean-Roch. Question: Is it scarier to be attacked by a bear than to pay more than seven Gs on a piece of glass with a liquid inside it? 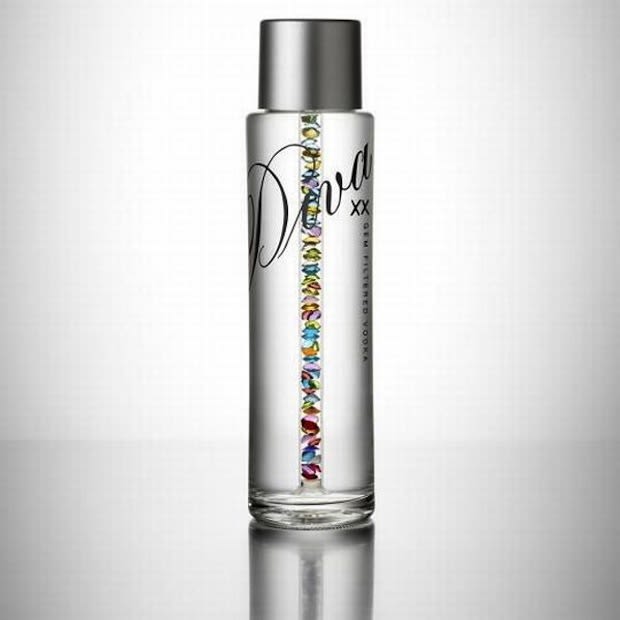 ?
3.Diva Vodka Price: $1 million
Buy It Here: Diva Vodka
Diva Vodka is crafted through a meticulous distilling process, where the alcohol is triple refined and finished after pouring through precious stones. You don’t really think that kind of care will come cheaply, do you? They do offer a bottle of the triple-distilled vodka for $3,700 (peasant prices), but that bottle doesn’t come fitted with precious stones. For all you high rollers, the premier bottle of Diva Vodka will set you back a cool million. Let that sink in for a second. 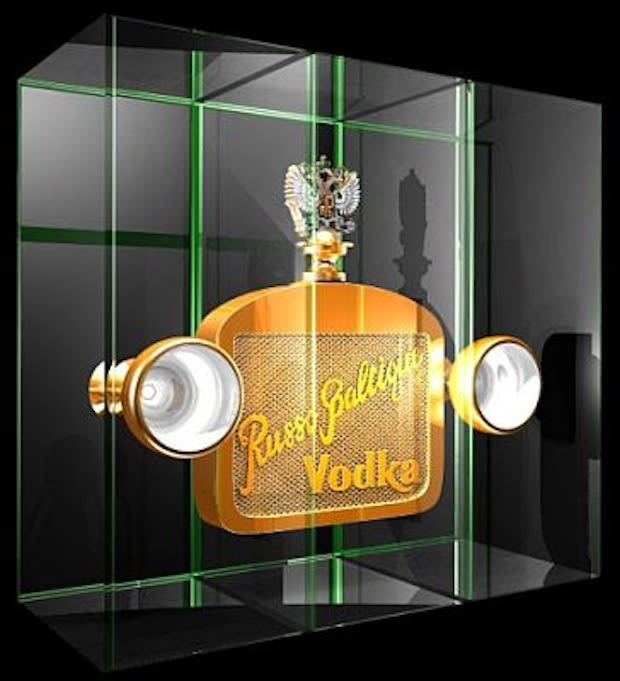 ?w=750
2. Russo-Baltique Vodka Price: $1.3 million
Buy It Here: dartzkombat.com
This vodka is produced by car manufacturer Dartz’s Russo-Baltique vodka brand, and had reportedly retailed at $1.3 million. The bottle was crafted to mimic the classic design of Russo-Balt automobiles. If the price tag is too steep for you, check out this promotion: if you purchase one of their $1.6 million Dartz Prombron Monaco Red Diamond Edition SUVs, then you get three bottles of Russo-Balt for free. At that price, you can’t afford not to buy it. 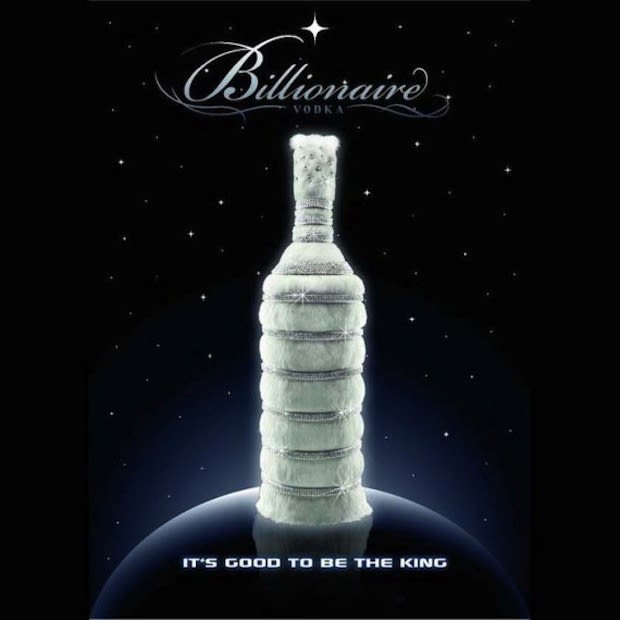 ? 1.Billionaire Vodka Price: $3.7 million
Buy It Here: Billionaire Vodka
Leon Verres’ “Billionaire Vodka” will set you back a staggering $3.7 million. Honestly, what gives? How are you going to call yourself Billionaire Vodka but charge less than one billion dollars? It’s bullshit. They do run the wheat-based spirit through diamonds to remove impurities, and the 5-liter bottle is adorned with 3,000 diamonds and faux fur (only because Verres is a staunch animal rights supporter), so that’s cool. But it just seems like a fail.
The original post appeared on:  Complex. Category :   Food More : #EXPENSIVE #VODKWORLD
Previous
Next
Next
Previous